Well, I’m trying something new in my greenhouse this year – milk jugs. Yup, milk jugs. Here’s the theory… All along my row of tomato plants are old milk jugs full of water. All day long the sun warms up the water in those jugs. According to science, water holds heat better than air. So when it gets cool at night, the air in my greenhouse will cool off much quicker than the water in the milk jugs. Thus, the heat in the milk jugs will slowly release through the night – heating the air around them. That means my tomatoes stay warmer longer. It’s kinda like a heat battery for greenhouses. The more milk jugs of water, the more heat is saved up all day and released all night.

So does it work? Well, I can’t really say yet. When I did my first thermometer test, the temperature on the ground six inches from the a milk jug was 0.6 degrees warmer than the temperature at knee height three feet away. So if warm air rises, the knee height should have been warmer. Tonight I’m going to take a another temperature test – one near and one away from the jugs – this time both at knee height. I’ll try to keep you posted.

I still need to seal up my greenhouse a little better so the warm air has a harder time sneaking out at night, so it’s hard to say if the milk jugs are really doing much good. But I’m pretty sure they aren’t hurting anything – at least my tomatoes aren’t complaining…. Take  a look! 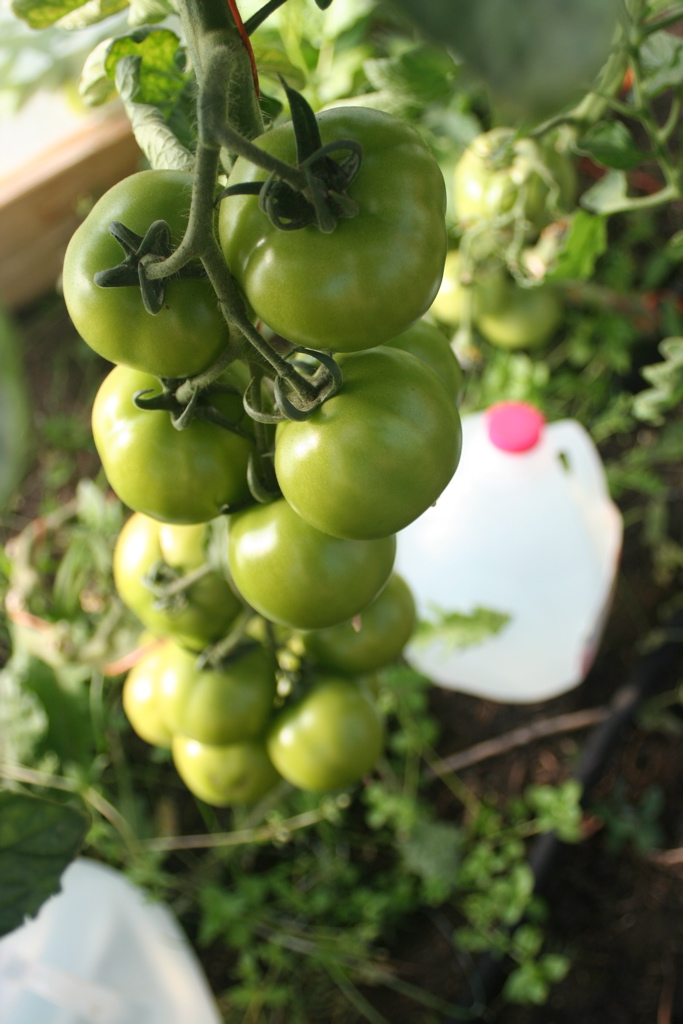 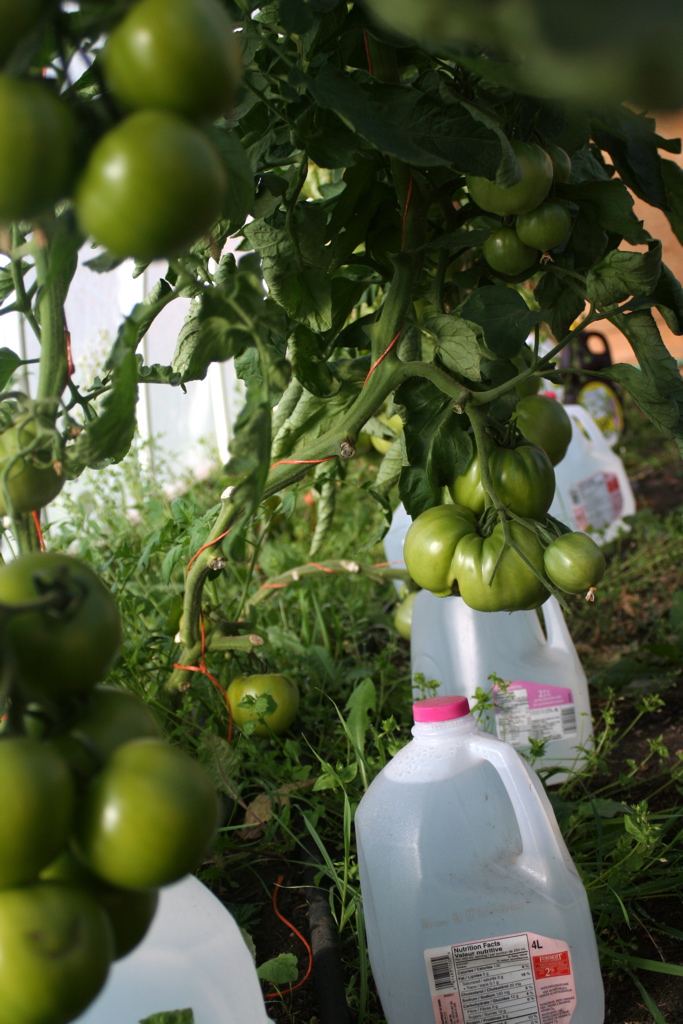 Has anyone else tried something like this? How has it worked?